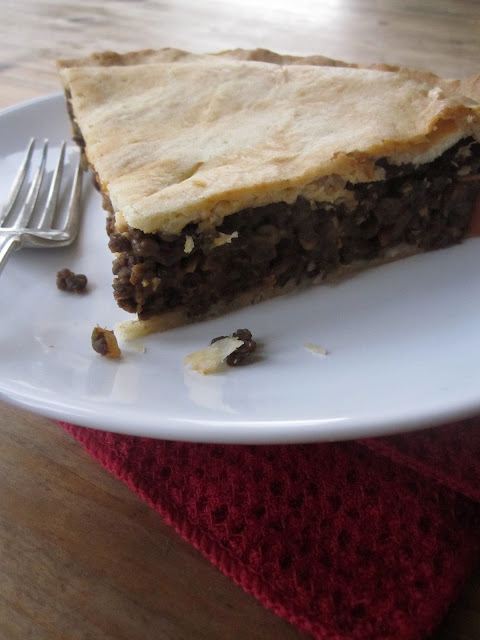 My first full winter in England, and I have succumbed to the ritual of the Sunday roast. Carbs and gravy, you can't really go wrong when the sky is grey and the cider is sparkling. British Sundays are good days.
But I have missed one Canadian treat, Tourtière. My mother would bake, making two or three at a time, and they would appear on Christmas Eve, a Réveillon tradition.
Bringing back the Quebecois, so follows my vegetarian version, perfect for winter days. 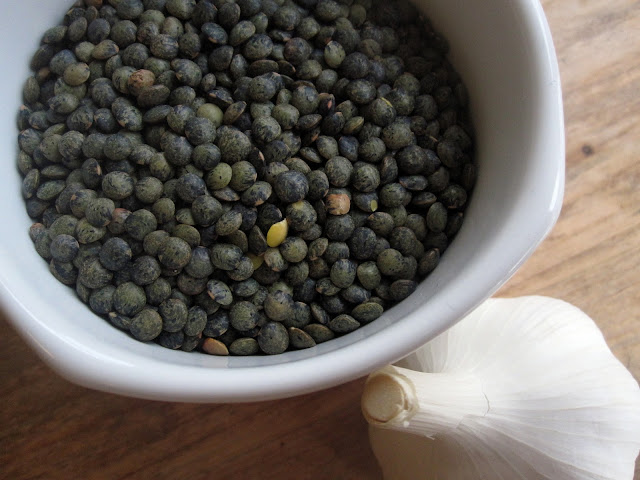 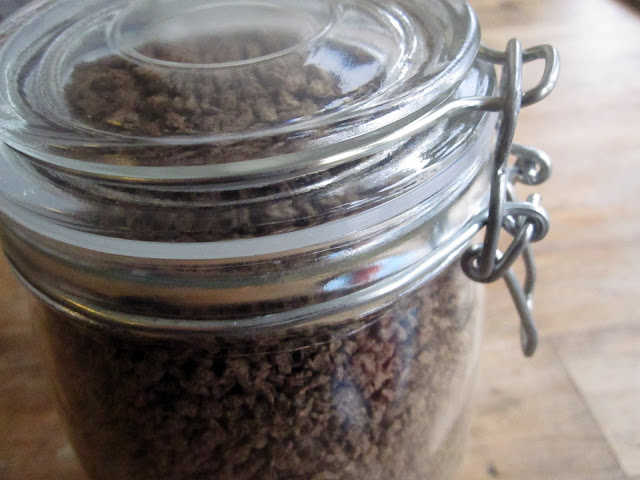 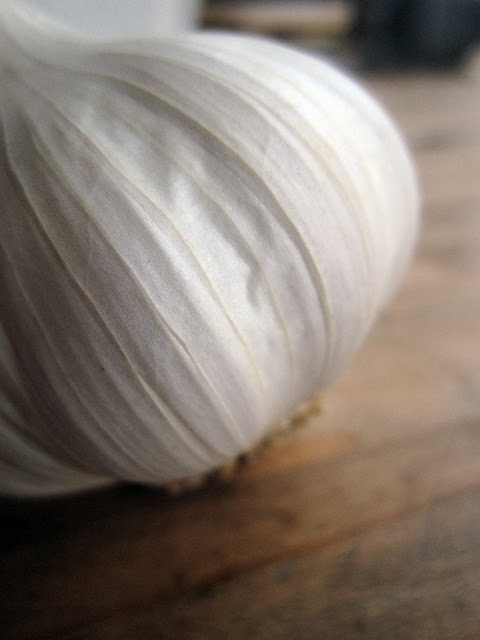 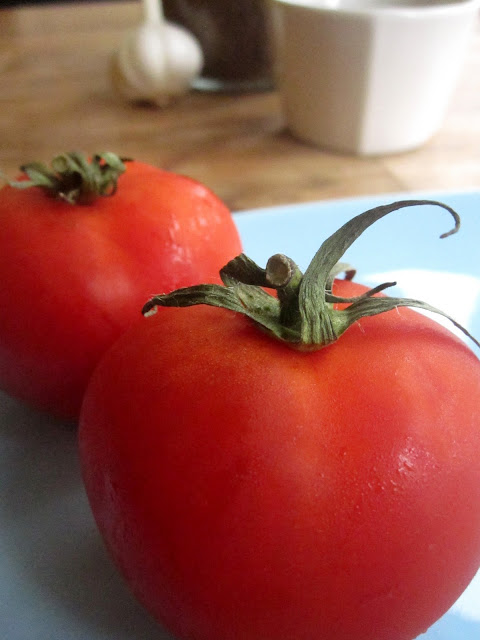 In large pot bring one cup of water and lentils to the boil, add stock cube then simmer gently for twenty minutes. In a small bowl add one cup of boiling water to the TVP to reconstitute, let sit for ten minutes. Pan fry the garlic and onion in olive oil, then add tomatoes and paste. Cook slowly to soften.
Once lentils have cooked and absorbed most of the water add in moist TVP and onion garlic mixture. Mix in spices and sugar, salt and pepper to taste. reduce heat and simmer for thirty minutes. Remove from heat and let sit.

Preheat oven to 230 C.
Roll out base crust and line pie tin. Pour in filling, levelling out, and roll out second crust to create lid. Slash the center to allow for steam, and brush the lid with soy milk for golden brown crust. Bake pie for ten minutes, then reduce heat to 180C and continue baking for forty minutes.
Serve with pan fried winter greens, and red wine aplenty. 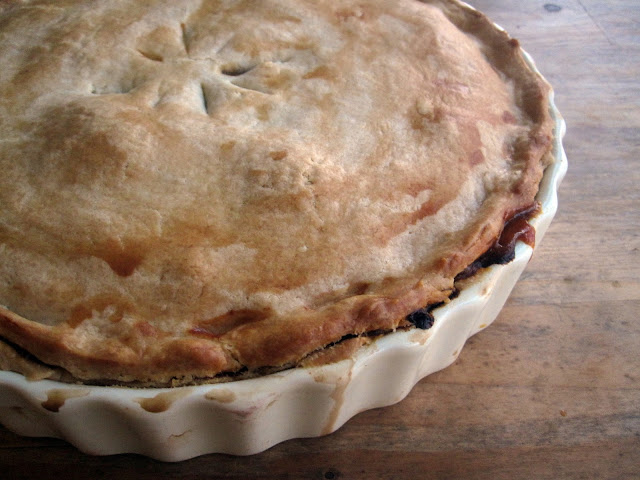 Entry for Recipe Competition at Sheepskin Life
Posted by Erin at 10:34 PM 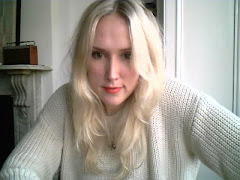 i'm Erin. from Canada to England.
i like eating oranges in bed and looking at the sky.